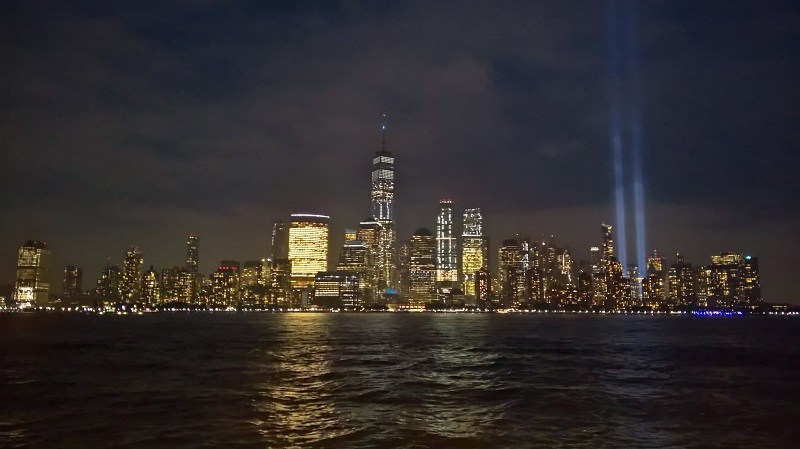 Saturday, September 11, 2021, marks the 20th anniversary of 9/11. The Australian Community will commemorate this occasion with a special flag-raising ceremony at Bowling Green in NYC.

On September 11, 2021, the Australian Community will host a 20th anniversary of 9/11 flag-raising ceremony at Bowling green to commemorate the 10 Australians and 2 New Zealanders who perished in the terror attacks.

With the cooperation of Government, Military, and Civilian organizations, the 20th Anniversary Flag Raising ceremony at Bowling Green will feature special performances by leading Australian and New Zealand artists.

Access to the Charging Bull Triangle will be limited to VIP and invited guests. There will be ample public viewing from either side of Broadway and at Bowling Green.

Due to COVID-19 restrictions, attendees will be limited to comply with NYC Parks and New York State Regulations. Social distancing and hygiene protocols will be in effect.

Bowling Green is intimately associated with the beginning and end of the American Revolution and synonymous with George Washington, Alexander Hamilton, and other American Founding Fathers.

The ceremony includes the raising of the American Revolutionary flag and the Australian flags to symbolizes the great bonds of Mateship that tie our two countries together.

Bowling Green is the site in New York City where the Dutch founded New Amsterdam in the early 1600s. It served as the young city’s town square and public meeting place. Bowling Green became the first public park in America on March 12, 1733.

It is also located just a few hundred meters from the site of the Twin Towers.

The 20th Commemoration Flag Raising Ceremony will be live-streamed to The Australian Community’s YouTube Channel. https://youtube.com/aucommunity

Immediately after the ceremony concludes, all are invited to make their way to Beckett’s, a short distance away located at 40 Stone Street, for a more informal celebration of the “Bonds of Mateship.”