In 1887 Oscar Wilde wrote: “We have really everything in common with America nowadays except, of course, language.” This observation is very true for Australians who move to the US.

Firstly, Americans have a very different Language of Friendship which can be puzzling to an Australian.  For example when two American women first meet they may positively remark on the other’s clothing, shoes or a pocket book (hand bag) to start a conversation.

“I have that exact same Birkin.  Did you buy that here or Hermès in Paris?”

This does not necessarily reflect materialism, rather Americans will lead with visual cues in an attempt to create an instant connection with the other person on a socioeconomic level.

Australians on the other hand will look for common personal interests to connect.  This requires conversation, and some Americans are not so comfortable in sharing personal information with a stranger.

Fortunately, Americans are fascinated with Australia and lead off the conversation with one of the following connectors:

In a social situation, this is a great ice breaker which is usually followed up with the clarification of misnomers about certain Australian fauna.  If an American does not have any visual cues to further connect, or the Australian has not found a common personal interest, the conversation can become quite uncomfortable.

Understating the difference in the Language of Friendship can positively impact business and personal interactions, especially if an American is seeking a business or personal relationship.

Adding a few local language words or phrases can further enhance your acceptance as someone who is living in the US as opposed to someone who is just visiting.  If you find yourself saying “Look Mate, I may sound like a tourist, but I live here”, perhaps it is time to start integrating some local language into your conversations.

Which language will depend on the ethnic breakdown of your local community.  If you live in Astoria, you had better brush up on your Greek phrases, as too your Persian if you live in Tehrangeles.

However, some cultural words and phrases are universally spoken and understood throughout the US.  It is not uncommon for a wise guy in Jersey to ask “Is this Kosher?” when referring to a task at hand, or a Rabbi to say “Fuggedaboutit” to a congregant seeking wisdom.

Therefore it is an important step to first understand the meaning of foreign words we hear at work, when socializing and in the street, their contextual meaning, if it has a “G”, “M” or “R” rating, and how to incorporate it into your day to day language to begin to sound like a local.

Not that we are suggesting to abandon your Australian vocabulary, this would be a mistake.  Rather, the strong command of local language in a social and professional environment can only enhance your Australian charm.

New York, more than most cities in the US, is culturally diverse in both food and language.  Early immigration to the US consisted mainly of Irish, Italian and Jewish settlers who saw the US as a land of opportunity.  Therefore their cultures are among those most engrained into the New York psyche, including local language.

You would think Australians, coming from a country who has a strong representation of Irish, Italian and Jewish immigrants, would have a similar integration of foreign words and phrases into day to day language.  But our two country’s languages have evolved quite separately, and equally as puzzling to the other.

Try explaining to an American the meaning and derivative of “Don’t come the raw prawn.”

This chapter will cover some of the more common words and phrases that most Aussies may have never heard, and open their eyes (and ears) to a Universe of new ways to express themselves.

Gaelic words are often woven into daily conversation by someone born in Ireland.  Fortunately, Aussies already understand many Irish words handed down from their Great Grandparents.

However if you have Irish friends, there are going to be words you will hear that are unfamiliar.  Learn them and you will have the opportunity to impress the locals next time you stop by for a Pint of Gat at your local Irish pub.

Craic  Pronounced Crack, literally means fun.  It can however be used in a sentence that can prove problematic for expats to understand if asked “Were’s the Craic?” or “Good Craic!”

Jacks The Bathroom.  Hint; “Fir” is the men’s

Pint of Gat  A pint of Guinness

Sláinte  Pronounced Slaan-Sha, simply means Cheers or Good Health.  Too much use of this word will get you Locked.

A great Italian word to learn by an Australian is Figurati (Fee-GUH-rah-tee).  It perfectly translates to No Worries, and has very similar usage.

If you want to impress your Italian friends of colleagues, substitute this word for No Worries, which can be a lot for most Australians.  Ironically, No Worries has become very commonly used in the American language, most probably due to the success of Crocodile Dundee.

Unfortunately many Italian words in popular usage do not have a “G” rating, and be very careful of the double entendre of what may otherwise be an ordinary Italian word.

Using the pause button and a search engine every time you hear a word you do not understand (or its context) whilst watching the The Sopranos, should bring you up to speed on words that would have American parents sending their child to the proverbial woodshed!

After Season 1, you should understand the hidden meaning behind the name of Tony Soprano’s boat.  Bonus point for understanding that Bada Bing was popularized by Santino Corleone in The Godfather.

Words are not the only way Italians communicate.  Italians have developed a highly expressive sign language that can send a clear message hundreds of meters on even the most noisy of New York streets.

If you consider that as far back as Ancient Rome, the simple orientation of a thumb could mean the difference of life or death, the Italians have had millennia to develop a complex language that incorporates human anatomy including, but not limited to, digits, hands, forearms, elbows, the face and tongue. 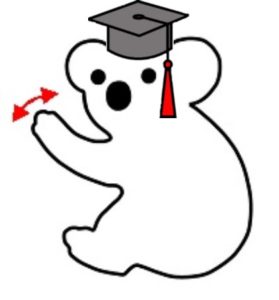 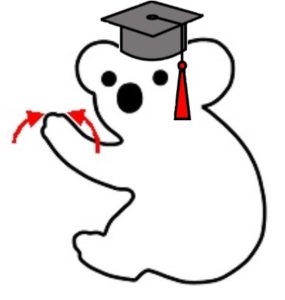 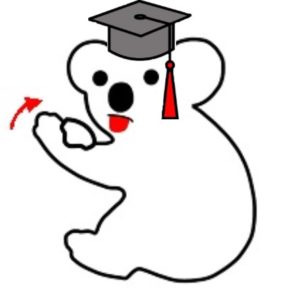 A word of warning; Australians are not the only nationality with a mischievous sense of humor.  If you are going to attempt sign or spoken language, be sure to verify the gesture or word you are being taught is what you are told it means… otherwise you could find yourself Sleeping with the fishes!

If you may feel somewhat confident that having watched several seasons of Seinfeld, you have a strong cultural understanding of New York.  However if you are among the millions of Australians who still need to hit the pause button to look up a Yiddish word or phrase in a Mel Brooks film, well… this section is for you.

Yiddish words are spoken quite frequently in communities with a strong Jewish population.  To be Erlekh, there are words and phrases that can leave the average Aussie Mentsh totally Farmisht.

So for the sake of those who know Bupkis about Yiddish, below are some common words and the context they can be used, that will have you sounding like a native New Yorker – well almost.

Bupkes  or Bobkes literally means “goat droppings” or “horse droppings.” It’s often used to indicate something is worthless or a very small amount.

“I have Bupkes left on my Subway Metrocard”.

Farkakte  Screwed up or contemptible.

“The Subway system is Farkakte today”

Farklemt  Choked up or very emotional.

“A young girl kindly offered her Subway seat to a pregnant woman.  It had me completely Farklempt”

“The Subway map has me completely Farmisht”

Kvetch  To repeatedly (and annoyingly) complain about something.

“I do not mean to Kvetch, but when is the MTA going to fix this Farkakte Subway”

Mazel Tov  or Mazltof means “good luck”.  If someone gets married, has a baby, or wins something, it is an appropriate usage.  It can also be used sarcastically in the context of “congratulations… it’s about time”.

“Mazel Tov to the MTA for finally doing something about the Farkakte Subway”.

Mentsh  Someone you hold in high regard, who usually has done something honorable.  It can be a man, a woman or a child.

“That little girl who gave her seat to the pregnant woman on the Subway was such a Mentsh.”

“I must be Meshegas to ride the Subway every day”.

Mitzve  or Mitzvah is a good deed, or fulfilling a religious duty.

“Is a Mitzve too much to ask for someone to give a pregnant woman their seat on the Subway?”

Shvitz  Shvitzing is to sweat.

“The Subway was so hot this morning, I must have shvitzed a pint of water waiting for a train.” (note use of Imperial system of measurement)

Shalom  “Deep Peace,” and is often used as a greeting.

“Shalom!  We must both be Meshugas for taking the Subway every day.”

Shlep  To be burdened with carrying a weight, or unnecessarily be forced to travel somewhere.

“I had to Schlep ten blocks because the Subway station at 96th Street was closed.”

Shmutz  A little bit of grime, usually on an object or your face.

“Always check for Schmutz before sitting on a Subway seat.”

“I am freezing my Tuchus off waiting for a Subway train to arrive.”

Yente  A female gossip, or someone who is always meddling in other people’s business.  It is not a compliment.

“Did you hear that Yente going on about her daughter’s wedding on the Subway this morning?”

If you had never tried Vegemite but decided one day to try it by taking a big scoop, we know that that would be a terribly unwise move.  It is best to start its use in small quantities until you are ready to increase the dose.

The same can be said when integrating other culture’s words into a conversation.  Do not overdo it!  Inappropriate usage or context can have the opposite effect and can culturally offend.

It may take some time, but combining your Australian charm and humor with the knowledge of local language can build very positive social and professional relationships, as well as having you sound like a native – Australian accent notwithstanding!